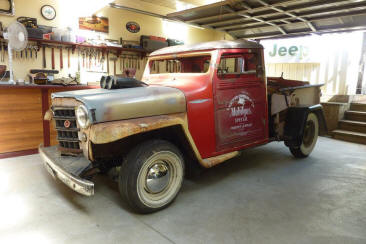 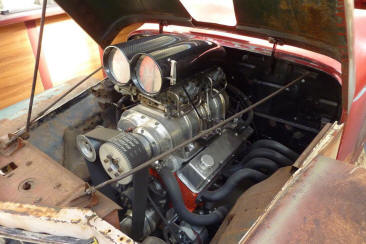 This is Christos Kat​ Ratrod project that he has built from a 1948 Willys Truck cab with a 1950-53 front clip. 2wd with a Holden independent front end. The easy fun part of a 5.5" roof chop has been half done by a panel shop. Very nice blown mouse motor. 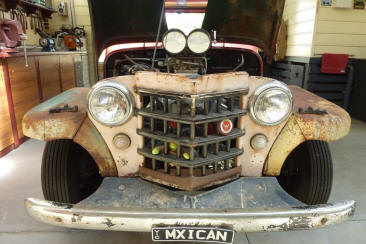 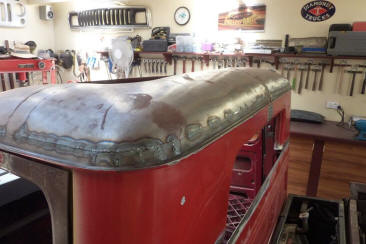 Ogre looking like he is trying to get out of jail! Roof has been pancaked 1", 1/2" less than mine but done in a completely different way. Rather than removing the roof skin, it has just been cut above the gutter, a strip cut out, and then put back down. Corners have had relief cuts to bend them in and then rewelded. 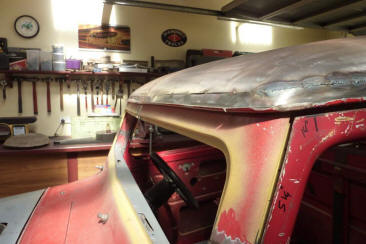 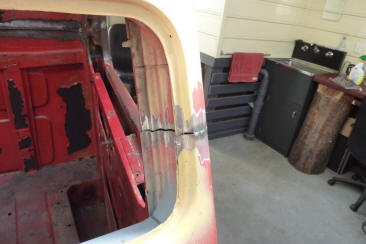 Concerns me that the roof is bowing downwards rather than upwards like the factory so the water spills off to both corners and out the slots that you can see one of. Window flange may no longer be at the same angle all the way along. None of the pillars have been welded or fully aligned. 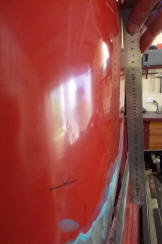 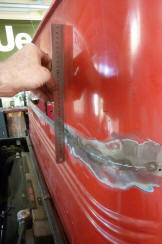 The rear wall caves inwards. Should be flush along the edge of the ruler. Just pulling the upper section out to meet the lower won't be enough. Other side shows how the cut edge was not stretched back out before being tacked. It would have shrunk with the heat of the cutting. 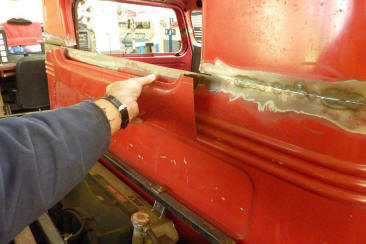 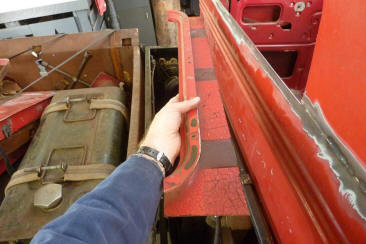 For some strange reason the window was not kept whole and lowered with a step down cut out? Also not cut through the vertical section either. There is not enough panel under the window flange to remove the 4", so some will have to come out of the back wall as well.